The dig out was completed during the week ending September 4th. By the 12th the “forms” were going in that marked out the shape of the building and the internal support walls.

It is surprising how quickly they went up, being metal though it was simply assembly, and the great thing is they were completely re-usable after being washed. The forms were removed leaving the concrete basement floor an the walls by September 15th. 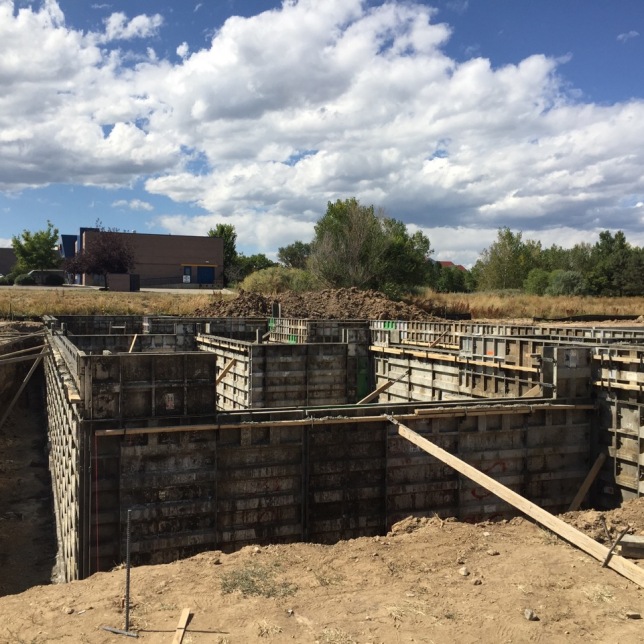 Forms towards the west

Front of the house

Concrete from west to east

One thought on “Foundation and basement walls”